Portfolio > The Paradoxical Acousmetre At the Arlington Art Center

Felt, Silk Screen, VHS tape, speakers, wire, reclaimed wood, 2016. Video Duration 8:19, part of a series of site-specific Video/sculptural pieces created for the Arlington Art Center. Audio is appropriated and manipulated Hymn “One Faith, One Hope, One Lord” a favorite song of my grandmother who taught me how to crochet. 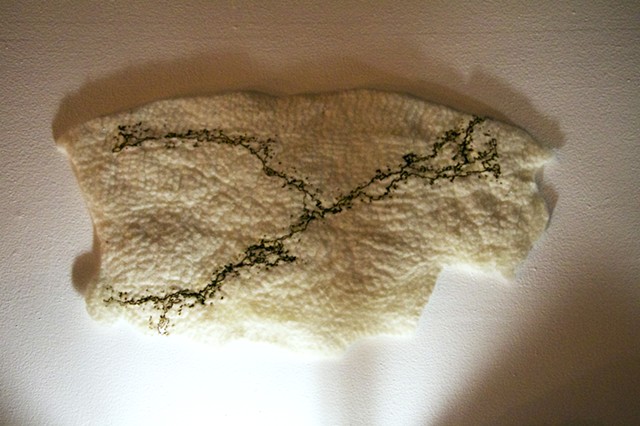 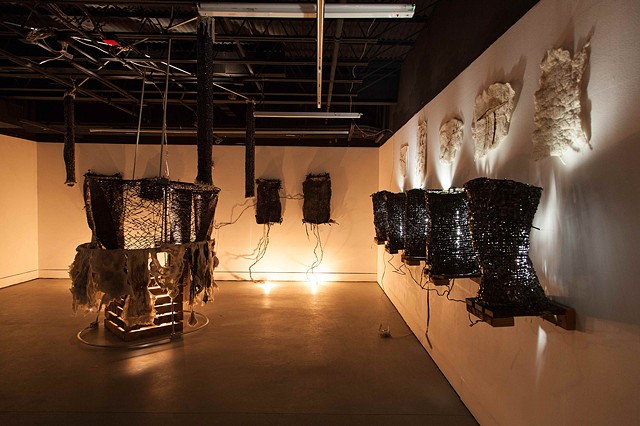 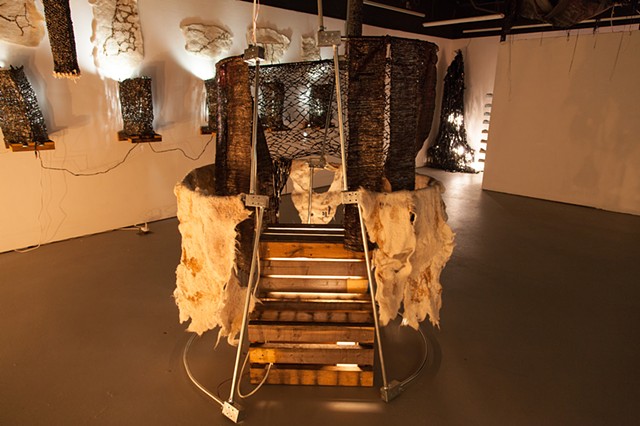 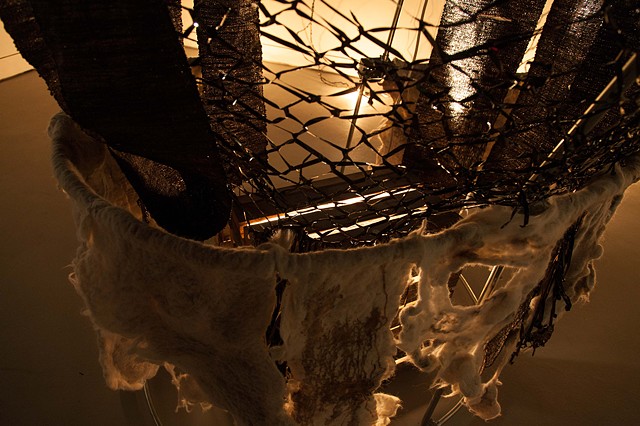 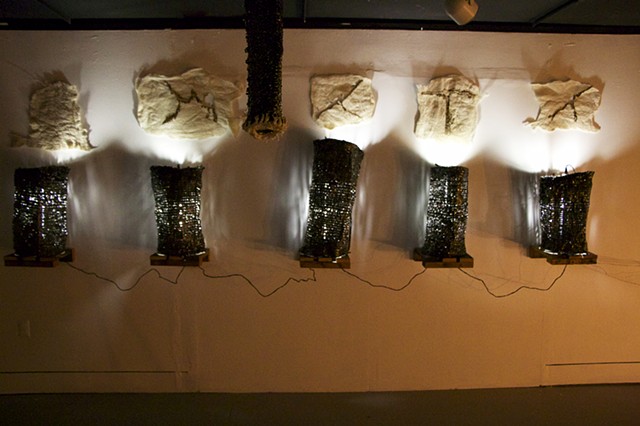 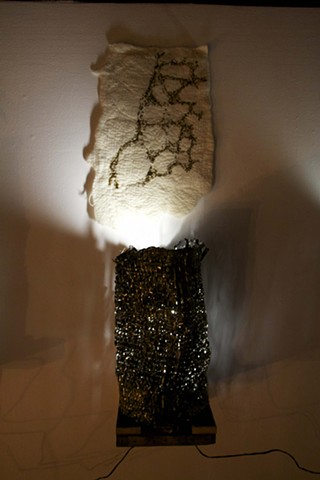 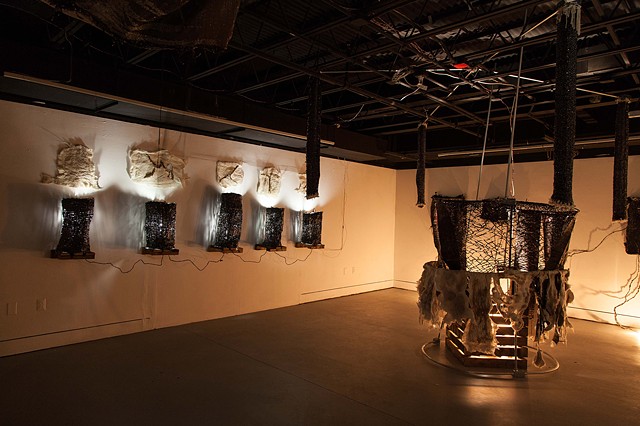 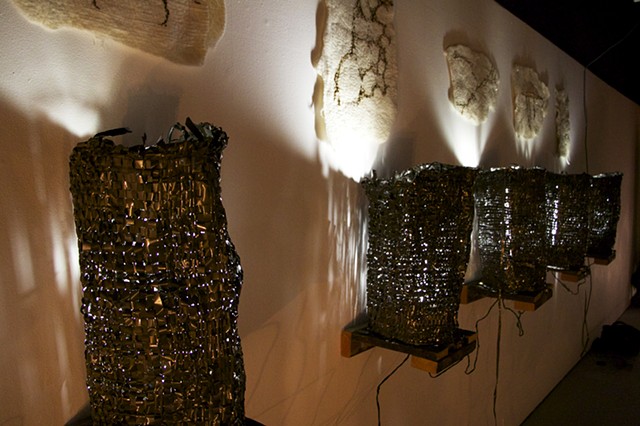 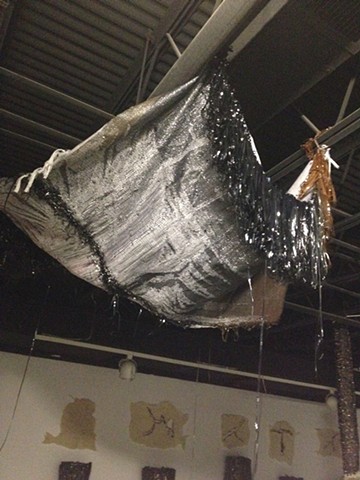 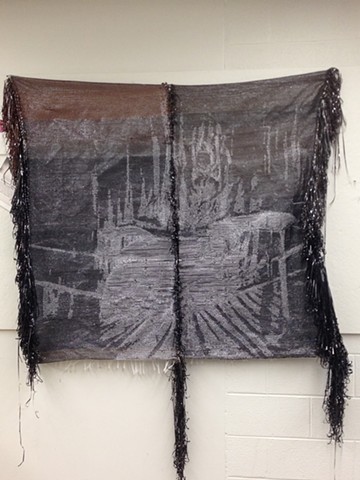 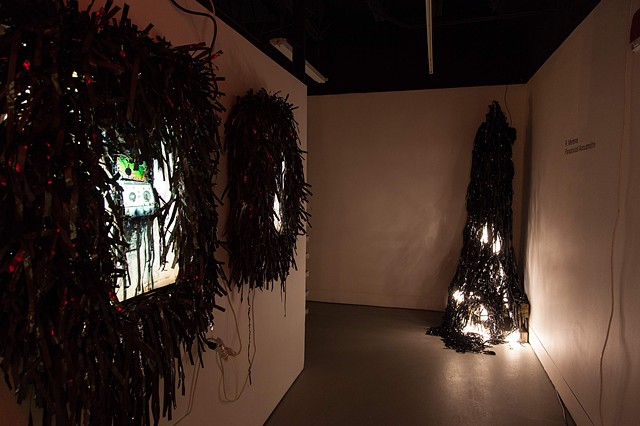 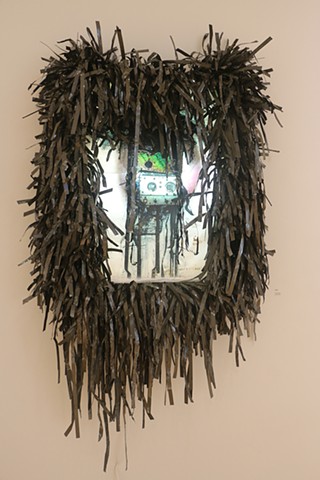 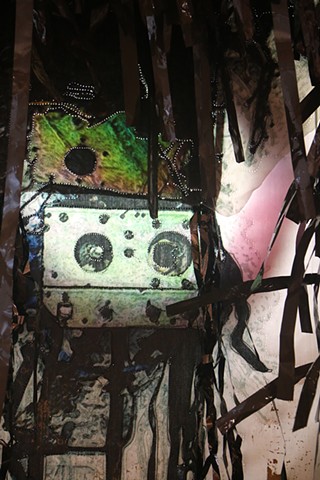 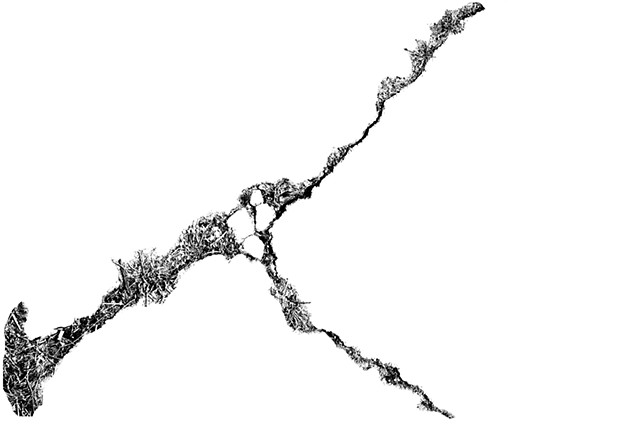 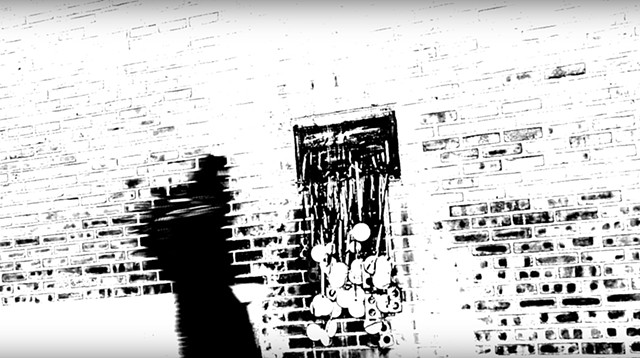 Paradoxical Acousmetres as defined by Michel Chion, signifies “those deprived of some powers that are usually accorded to the acousmetre.” The Acousmetre is “the very voice of what is called the primary identification with the camera.” In cinema it is the omnipresent acousmatic voice of the narrator. Therefore, the Paradoxical Acousmetre is a narrator-creator identity, which is uninformed of the divergent path the “visual narrative” has taken from their “spoken narrative”.

In my work, the failure of the Paradoxical Acousmetres is present as a sound installation audibly “falling apart”, and the gallery becomes an electro acoustic space. This falling apart or collapse of anticipated sound is meant to disrupt the viewers anticipation of physics and reality thus give them a false sense of what is truly “live” and what is acousmatic creating a space of sonic fissure.

My research combines ideas of eschatology, acousmatology, and failure, which manifests in hybrid speaker/amplifier sculptures and installations. In terms of end-time-myths I have immersed myself in various different theories revolving around postmodernism and secular apocalyptic culture. As Arthur Edward Salmon states, “

The notion of apocalypse as a current failure of the status quo, ties my interest of failure to the potential of new unimagined outcomes. The word apokálypsis comes from Ancient Greek and translates to “revelation or uncovering”. This notion then applies to minimalist music composers such as Steve Reich, John Cage, Brian Eno and William Basinski, which use chance operations in composition. The use of randomization yields unexpected results and I draw parallels between the results achieved between this chaos and the “new possibilities” opened up by “apocalyptic visions”.