Portfolio > A Tale of Conductance At the Eugene Contemporary Art Residency 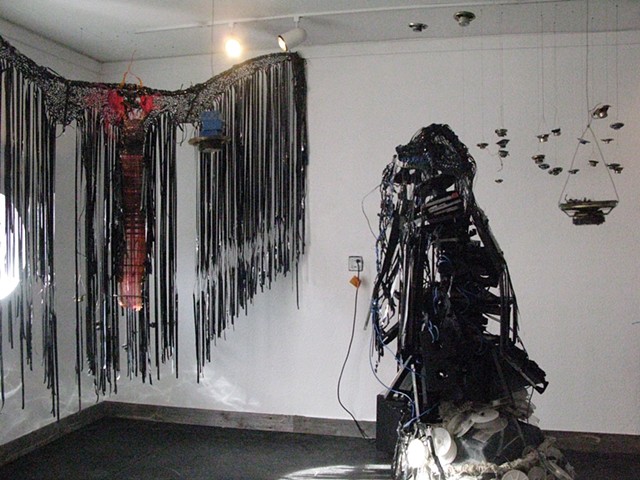 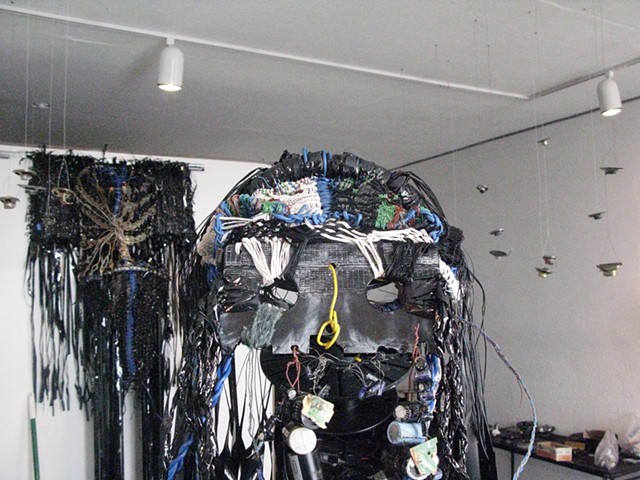 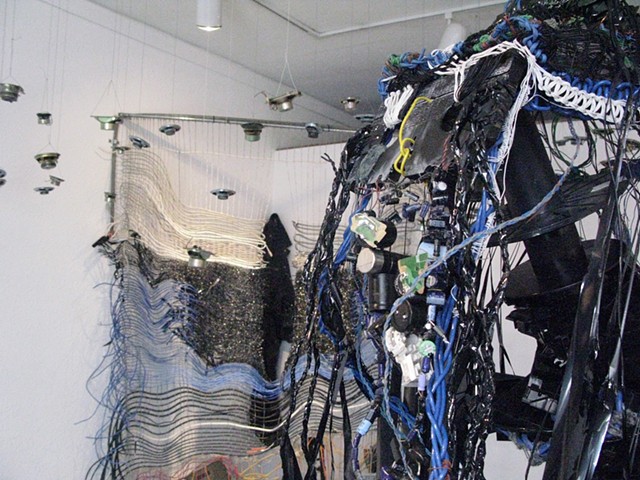 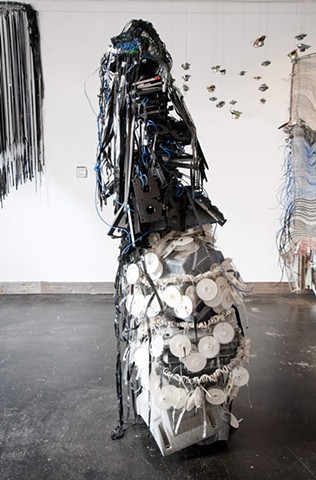 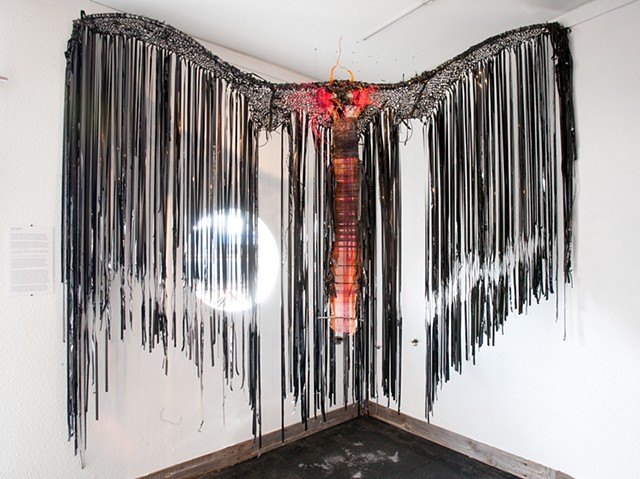 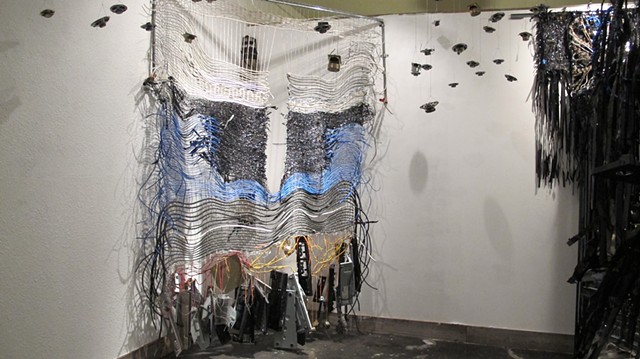 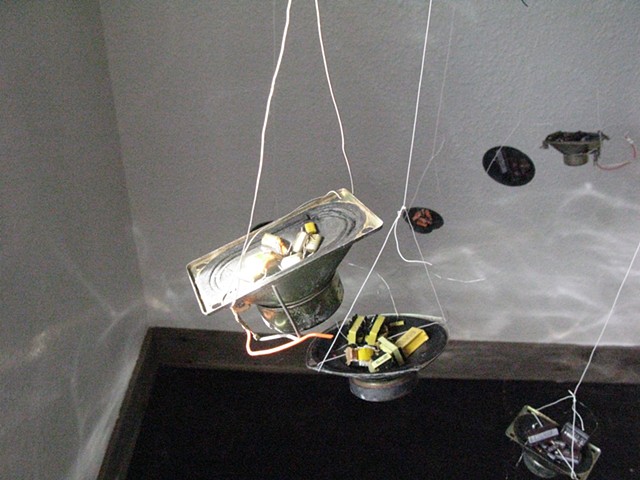 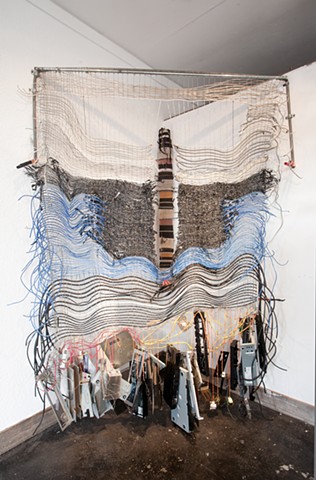 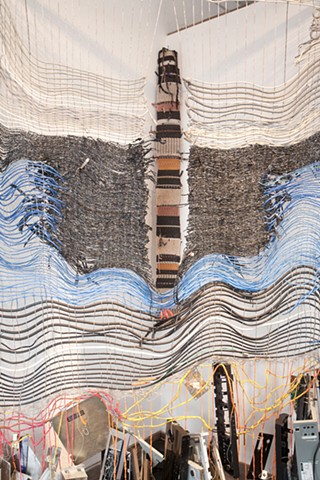 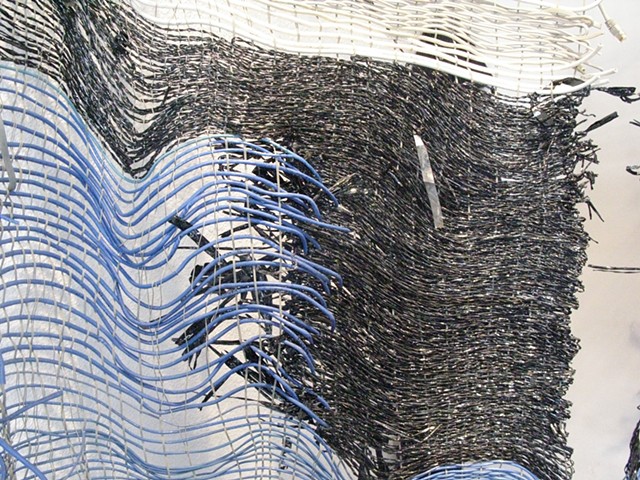 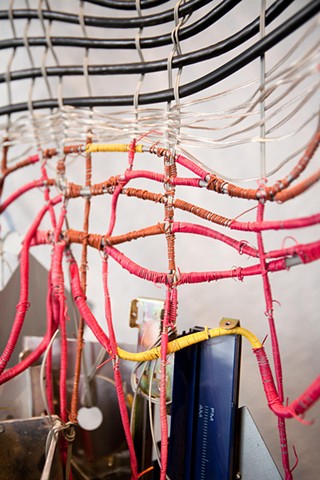 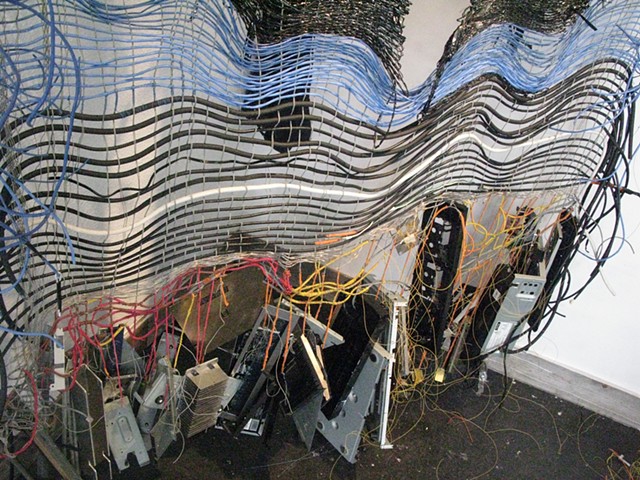 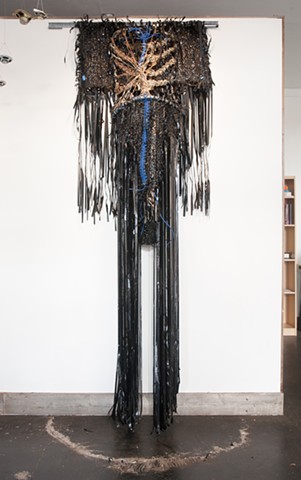 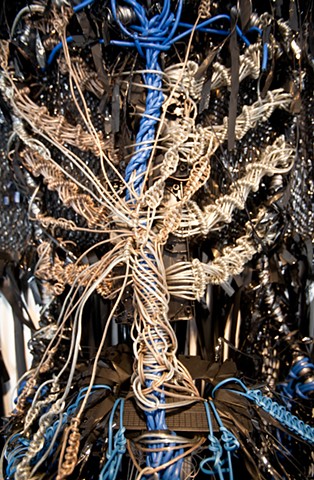 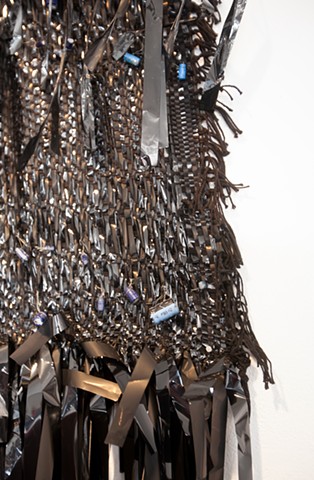 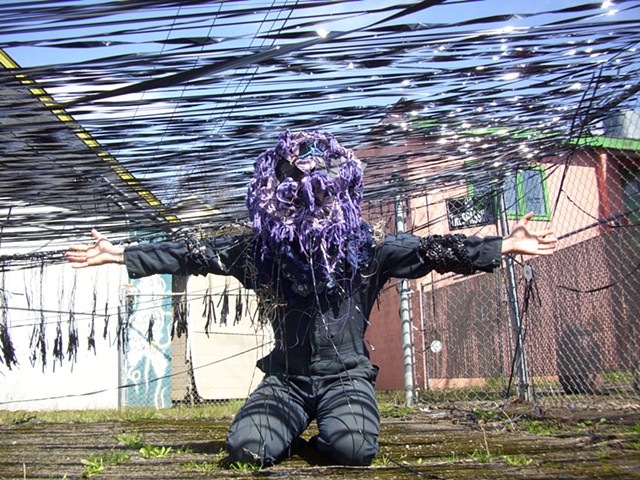 A Tale of Conductance: from the Post-Apocalyptic Sacra Series

Walked through a parking lot at night lit by the afterglow of distant fires.

Happened to catch a flicker or flash of light near the fence line at the lots edge.

The fence was covered with oily shine, like vines or a ragged cloth blown to strips.

Lodged between part of the fence and the concrete was black grated shell.

Tarnished as if burned away except for one small spot that seemed to gather every glimmer of light.

Examined the shell and noticed a silver box below it.

Slowly began to recognize it from some distant memory of something seen in grandfathers basement.

In memory, we huddled there by candle light, remembered the funny looking face on the this little mechanical book, two round eyes and peg looking teeth pointing down.

Pressed down on a tooth with a click, and sudden voice appeared, singing.

Somewhere between an odd mangy dog and an old man the voice winded out of the box.

Voiced: ehind a smoke colored curtain, the girl disappeared, they found out that the ring was a fake, a tree born crooked will never grow straight, she sunk like a hammer into the lake, a long lost letter and an old leaky boat, promises are never meant to keep, and I want to know the same thing, I want to know, hhooowww'sss iiittt gggggggggggoooooooiiiiiiiiinnngggggggg ttttttttttttttoooooo eeeeeeeeeeeennnnnnnnnnnnnnnnnnnn