Portfolio > Nothing from Something At Truman State University; Kirksville, MO 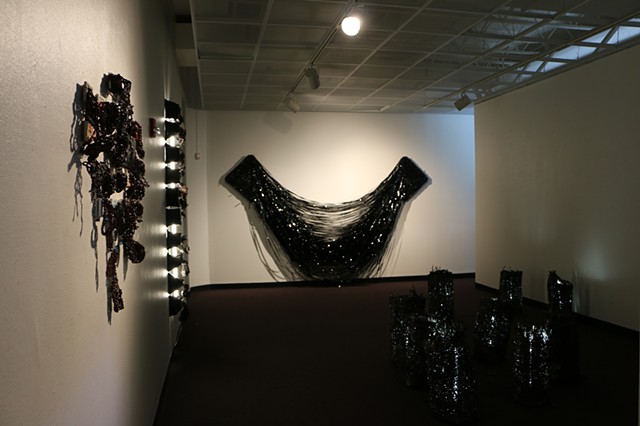 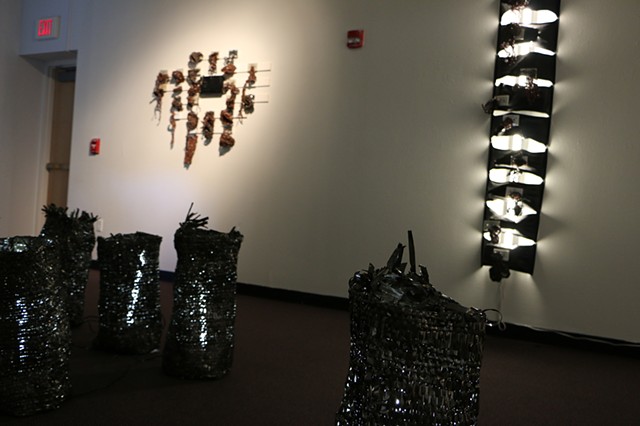 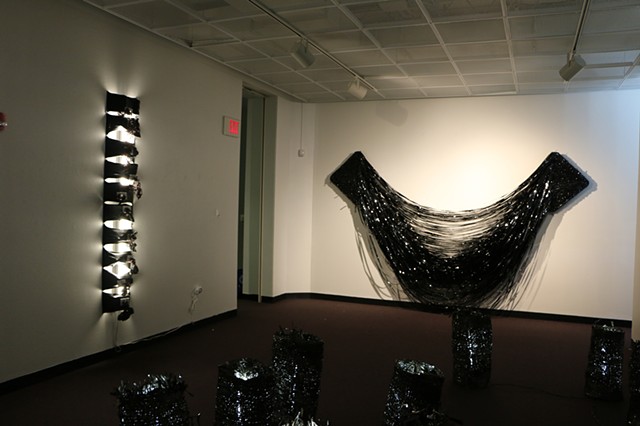 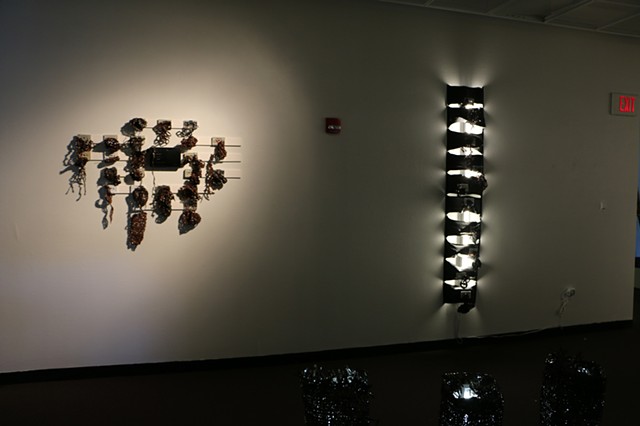 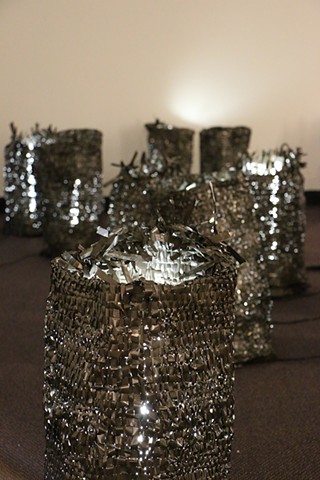 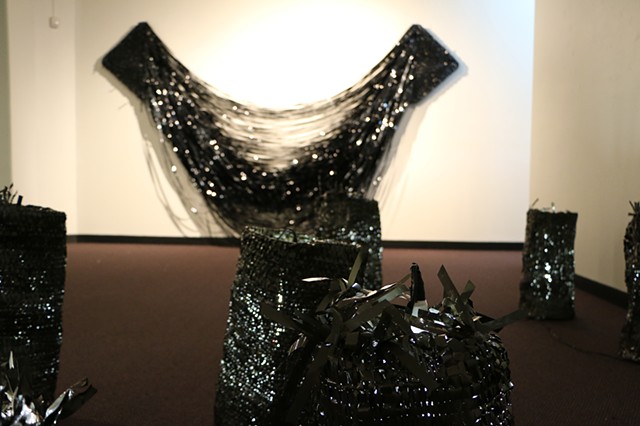 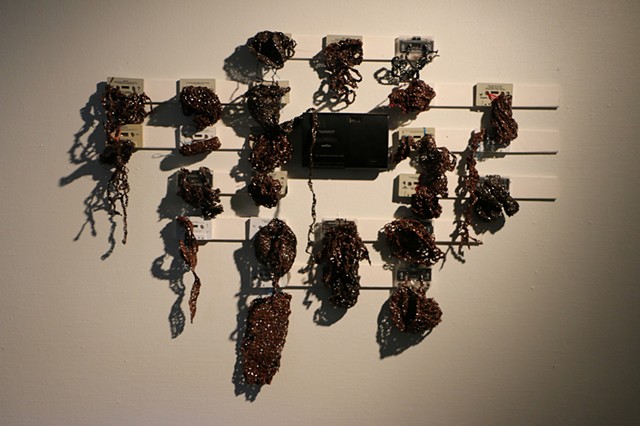 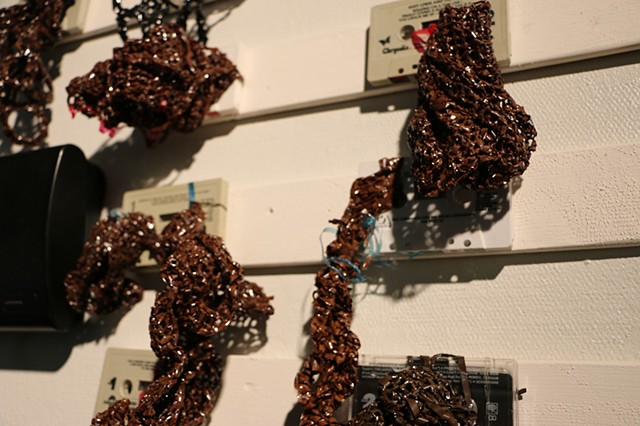 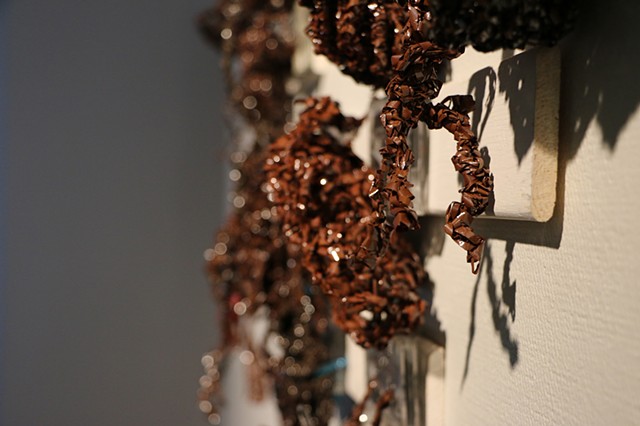 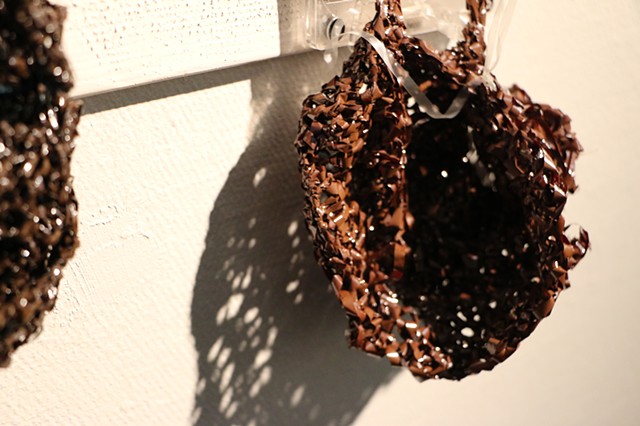 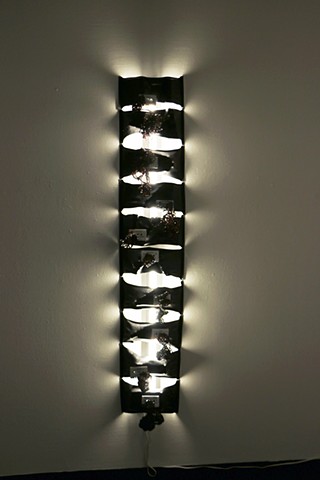 No-thing ever really transcends its Immediate

Cassette tape, Fluorescent Lights, plastic mold, Electrical wire, crochet, vacuum plastic form molding, Light set to a timer at the duration of each of the songs on the cassettes in the piece.
7’x 18” x 1’ 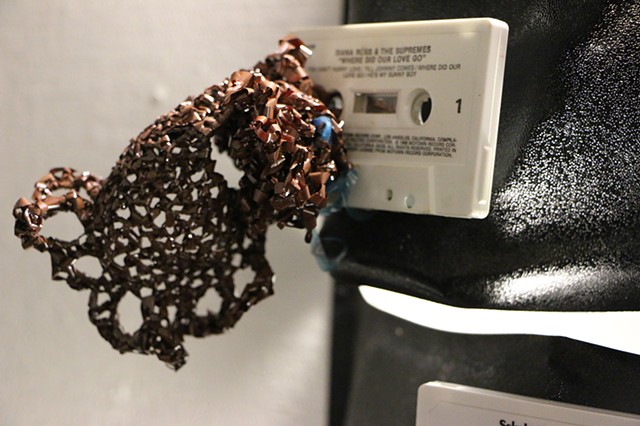 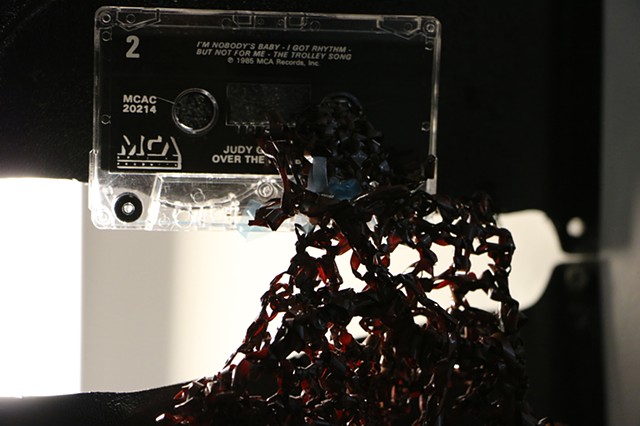 The line between art and spirituality in contemporary art is an often tenuous one. Spiritual Art or art about religion is generally characterized as either polemic or naive. In other words, it is didactically critical or unabashedly uncritical. I often wonder if art and spirituality can be sincerely and critically united.

Ideas such as cycles (looping), duration, limitations, ritual (process), and reductionism have parallel relationships in art and religion. I use the history of minimal music and visual art as a departure point for my work. I find striking similarities between these art movements and various aspects of world religions. Often governed by codes, rules, scripture, instructions or guides, a sense of distillation is prevalent. Whether it is form, content, authority, or dietary restrictions, and personal actions, these limits function to develop new comprehension and refined awareness. What metaphors can be gleaned from repetitive action and production? By restricting creative options what new possibilities arise? Does meditation in mind and hand reveal deeper meaning?

The materials I utilize reflect on the the history of recorded media, access to information and the post minimal sound and art movements, specifically the abrupt absence or abandonment of the movement in the 1980's. What happens when post minimalism meets postmodernism?