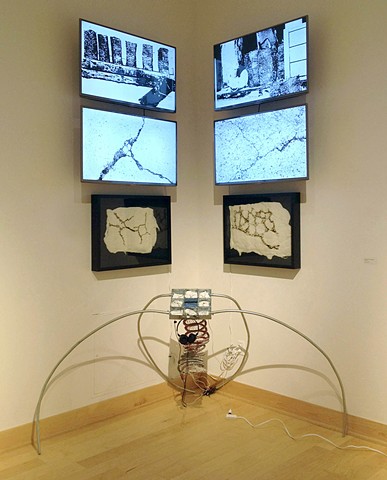 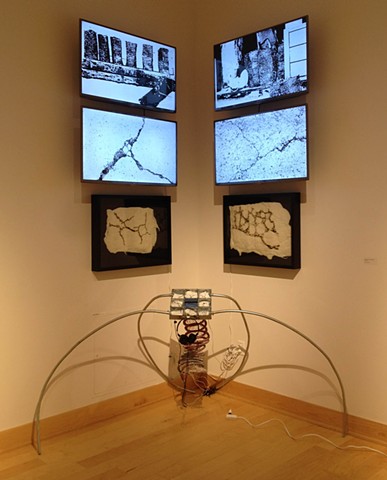 Stations of the Acousmetre
Felt, VHS tape, speakers, wire, reclaimed wood, 2016. Video Duration 8:19, part of a series of site-specific Video/sculptural pieces created for the Arlington Art Center. Audio is appropriated and manipulated Hymn “One Faith, One Hope, One Lord” a favorit
7'x 12'x 4' 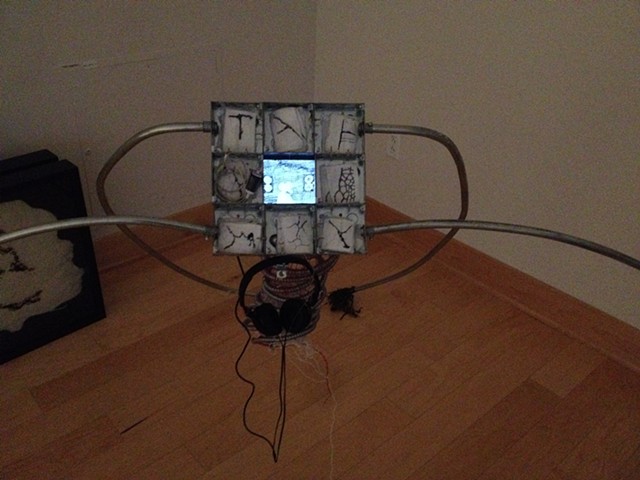 Stations of the Acousmetre, Detail 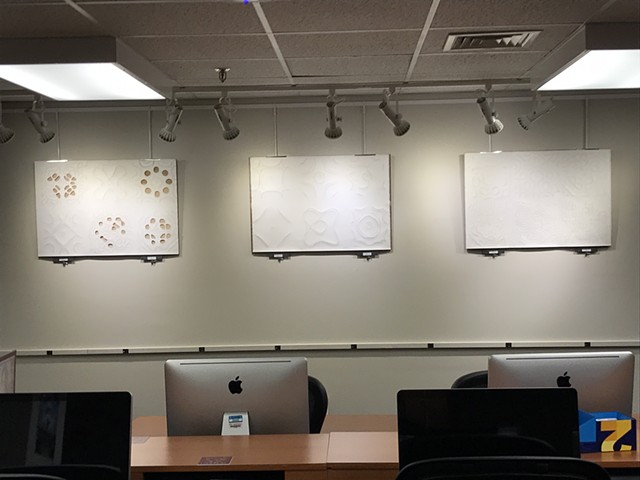 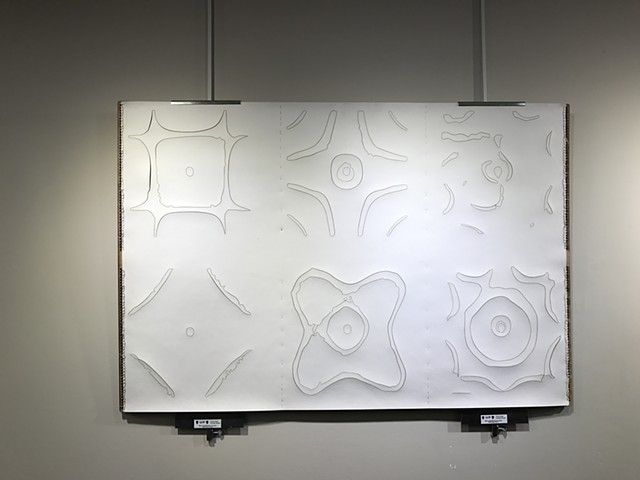 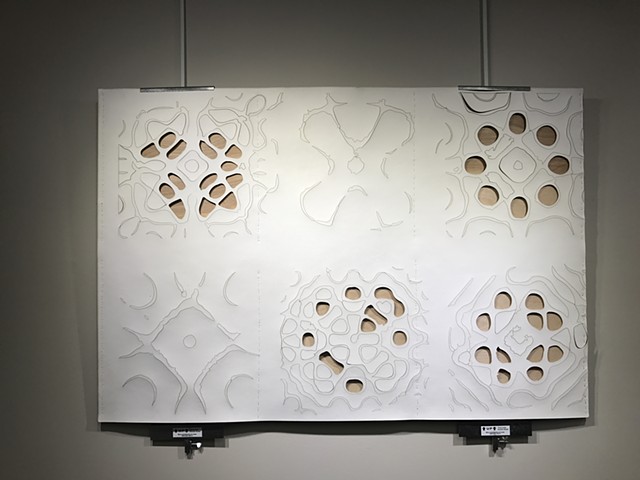 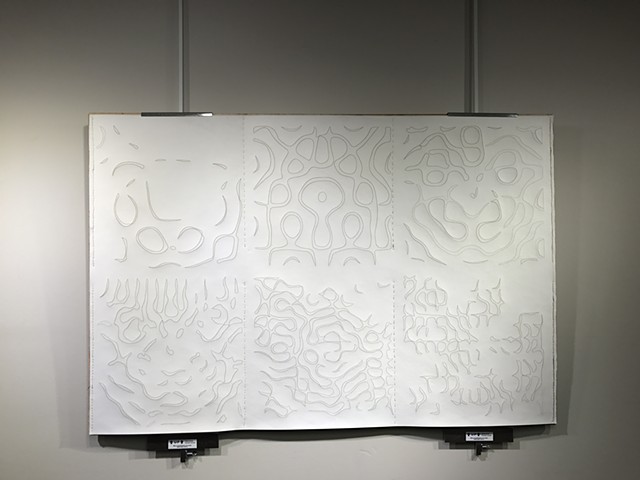 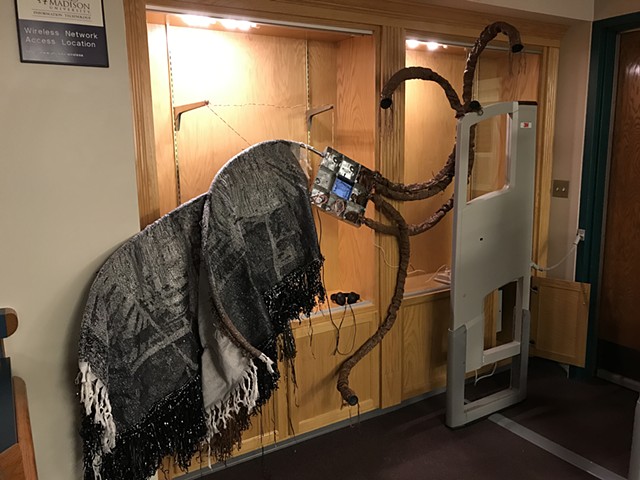 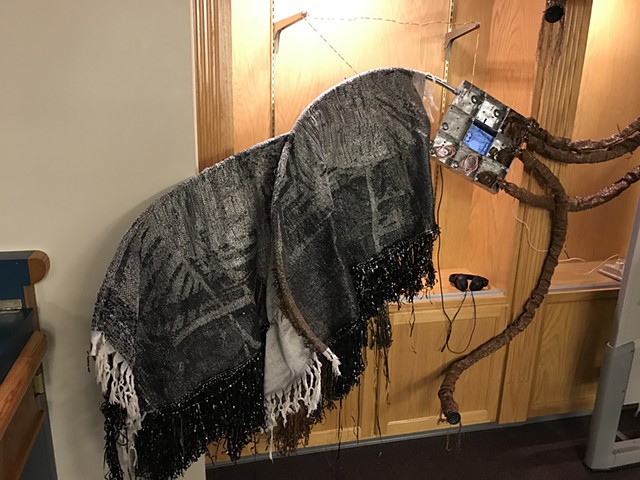 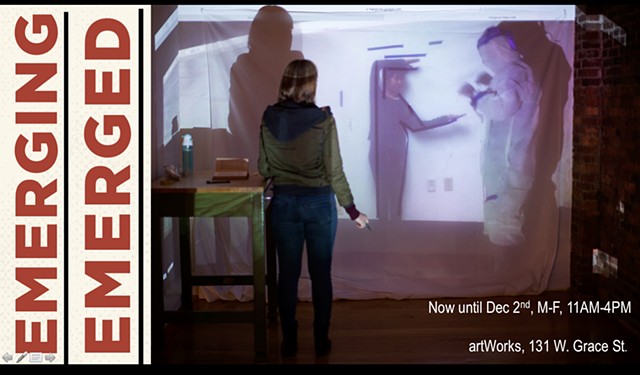 “If you want to find the secrets of the universe, think in terms of energy, frequency and vibration.”  ― Nikola Tesla

In much of my research I have been drawn to moments before science is fully understood and I enjoy speculating what the thoughts may have been during this time. One such example looks to Ernst Chladni the father of acoustics. Chladni is the inventer of what was later defined as “Cymatics”.1. in the 18th century, Chladni investigated a series of visual patterns generated from sound vibrations through a material. This highly dramatic emergence of complex geometric patterns on simple materials sparked generations of acousticians in the field. During this time, science and scientists were seen as what we might call celebrities and toured their experiments for the general public.

Imagine what the first thoughts of these symbols could have been? Harmonics from God? Secret messages found in vibrating materials? Quickly, analytical physics helped to describe what was happening in these materials to cause the vibrational patterns but there must have existed a time between observation and comprehension. This is the space I find the most compelling and my curiosity is fed by making work that situates itself there, within these emerging technologies.

Additionally, I am interested in the space around a technologies lifespan and when a society leaves behind a technological advancement. The work often addresses media excess, technological conquest and subsequent archival abandonment. It is my personal belief that we are existing within a culture of overabundance due to constant progression, and it is important to look to the media scrap pile as an anthropological source. Traces of histories are quickly being left behind on old hard drives, lost broadcast waves and miles of magnetic tape. Each material contains the potential of personal stories, scientific research, news broadcasts and countless other narratives. This detritus symbolizes the mystery and revelation possible in objects.