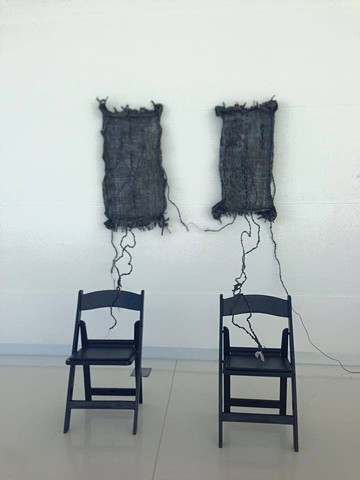 Mind, Body and Tool are on Intimate Terms
Electrical wire, audio signal, 9 track tape warp and weft donated from the Women and Gender Studies Archive at the University of Wisconsin, Madison, Performed in Madison, WI.
Variable 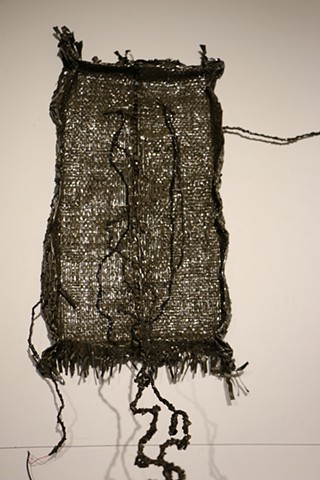 Mind, body, and tool are on very intimate terms, Detail 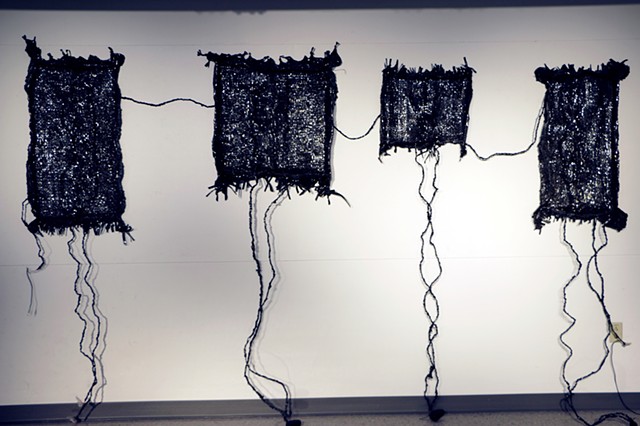 Mind, body, and tool are on very intimate term, Detail 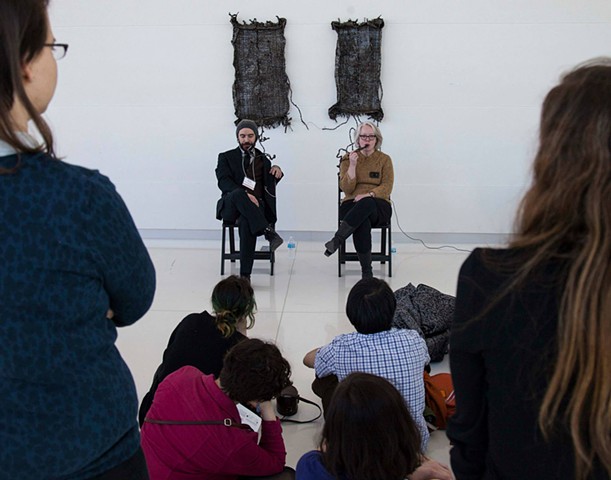 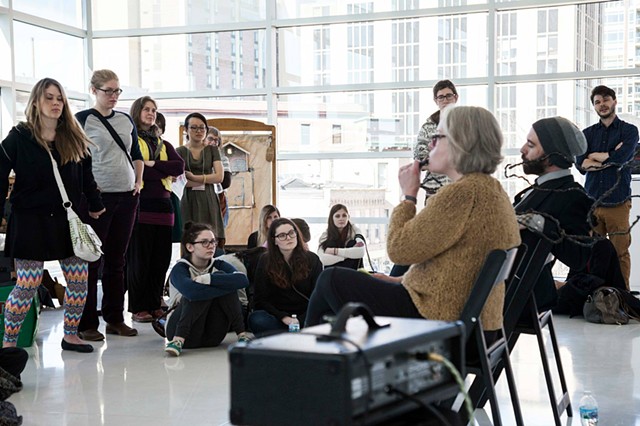 Mind, Body and Tool are on Intimate Terms, Performance Still

“Communications sciences and biology are constructions of natural-technical objects of knowledge in which the difference between machine and organism is thoroughly blurred; mind, body, and tool are on very intimate terms.” Haraway, Donna.

I am interested in spaces of failure. Places where communication breaks down and the participants are left to construct meaning from between the cracks. The interfaces between human language and mechanical reproductions as well as digital aether are fraught with potential fissures. The struggle of communicating then becomes the focus. What can be gleaned from witnessing this tension?

The sound, performance, installation piece is the re-broadcast of Lecture given by Donna Haraway in March 2014 at the University of Alberta, Edmonton, Canada. The audio for my piece is pulled from a video taken of this lecture of which I have received permission from Dr. Haraway. The installation consists of four woven panels made from 9-track magnetic data tape donated from the Women’s and Gender Studies Archive at the University of Wisconsin, Madison. Each of the panels has several electrical cable leads emerging from them. These leads attach to the audio signal and pass from panel to panel. The performance consists of performer biting down on two of the leads from each of the panels, thus a total of four performers. As the performers bit down on the wires they create the contact for the audio signal to make it to an amplifier for the audience to hear the lecture. The lecture is approximately one hour long, thus the performers will be clinching their jaws in effort to keep the signal going, any break along the chain will disrupt the sound.

Much of Donna Haraway’s research has revolved around notions of the Cyborg and companion species, and her work has inspired and influenced artists from around the world. This piece is meant to recognize her for the incredible contributions she’s made in academics and illustrate the difficulty an outsider might feel when trying to engage in her highly specific scientific jargon.

The chief inquiry in my developing this project includes questions such as: How do we relate to the idea of cyborg symbiosis? What does one consider to be the “appropriate” way to experience an academic lecture? Where does the audience choose to locate the art in a performance like this? Is there a level at which appropriation crosses ethical boundaries?

“The oral cavity is posed as an impressionable arena, susceptible to all types of material input, contamination and intervention, while also enabling powerful forms of resistance, attachment and conversation, as well as radical imagination.” LaBelle, Brandon